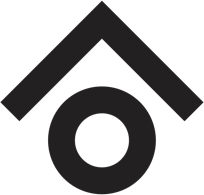 Right about now, I’m working almost exclusively on opportunities at the intersection of today’s societal challenges and creative, entrepreneurial responses to them. I’m inspired by ancient wisdom, unorthodox thinking, the profound possibilities of the future, the amazing potential of the human spirit and the belief that each of us are here to do something purposeful and unique with our time on earth.

I increasingly live my life through ‘Aera’ a charitable foundation that I formed as a studio to breathe life into fresh concepts primed to reshape the zeitgeist and reframe the status quo. I shuttle between New Zealand and New York, trying to turn these ideas into reality. One of the major projects to come from the foundation is Aera.VC - a global venture fund that invests at the frontier of deep technology and sustainability to accelerate the world to a better future. We invest in radical technologies to reverse climate change and frontier breakthroughs for humanity.

I am a strong believer in following and living your personal path and aligning that path towards having the greatest contribution towards others – especially in the face of the inequality and injustices of the generation we are a part of. To this end, I’m actively seeking out exceptional young people on the verge of breaking out as cultural influencers who can use their voice and force for positive progress.

My story started chasing innovation and wealth in 2001 when I co-founded, The Hyperfactory. It was really one of the first companies in the world to recognise the power of mobile devices for connecting consumers, brands and mass media. We were all very young but started out helping the world’s leading brands create strategies and technology for engaging with the billions of people about to use mobile and tablet devices to navigate their lives. This was before iPhones, apps and android. Today, it’s the most awarded mobile agency globally and was listed by Entrepreneur Magazine as one of the Top 100 Brightest Ideas of 2010 and Brandweek’s 10 Biggest Ideas of 2008. Meredith Corporation (NYSE:MDP) acquired the company in 2009. I went on to co-found mobile media network, Snakk, which listed on the NZX in 2013, becoming one of the first publicly listed B-Corporations in the world for its commitment to social and environmental goals.

Setting a precedent for the types of models Aera aspires to continue creating, in December 2011 I donated a year of my life (became two..) to help Sir Richard Branson, Founder of the Virgin Group, and many other amazing inspiring global leaders to help create what is now The B Team. The B Team is a non-profit leadership group formed to catalyse better ways of doing business for the wellbeing of people and the planet. This means going beyond the assumption that business exists solely to make profits. It means challenging business to accelerate its role in driving human rights, climate justice, equality, diversity, transparency and much more, in the face of the incumbent wisdom that businesses exist just to maximise shareholder wealth.

I have been named as one of the top ten social entrepreneurs to follow on Twitter; to the ‘Silicon Alley 100’ of the most influential technology people in New York; the Real Leaders magazine 100 Most Visionary Leaders. In my home country of New Zealand I have been nominated as a KEA World Class New Zealander; Sir Peter Blake Trust Leader; New Zealand Herald Business Leader of the Year; Ernst & Young ‘Young Entrepreneur’ of the Year and in 2015 honoured with one of six Distinguished Alumni Awards of Victoria University of Wellington.

I am an Adjunct Executive Professor for AUT University in Auckland and rustled up my first book, ‘Heart to Start’, about my own wandering entrepreneurial journey, and how I landed on personal purpose and the premise that while business and entrepreneurship are the most powerful and inspiring forces of progress, in this century they have a far greater responsibility than purely financial profit.

In other things I love and do, I was a Board member of Sky Television, New Zealand’s largest media company; on the Sustainability Advisory Board of Air New Zealand, a Trustee of the New Zealand Arts Foundation and founding chair of art crowdfunding platform Boosted that raises over $1m for New Zealand artists annually.

In 2009 I signed up to go to space with Virgin Galactic as an aspiring astronaut hoping to head to the edge of space some time soon.

Here's a selection of some recent writing and media stories:

Thanks for stopping by,
Derek Handley
Aera Foundation
Founder and Trustee
derek@aera.nz